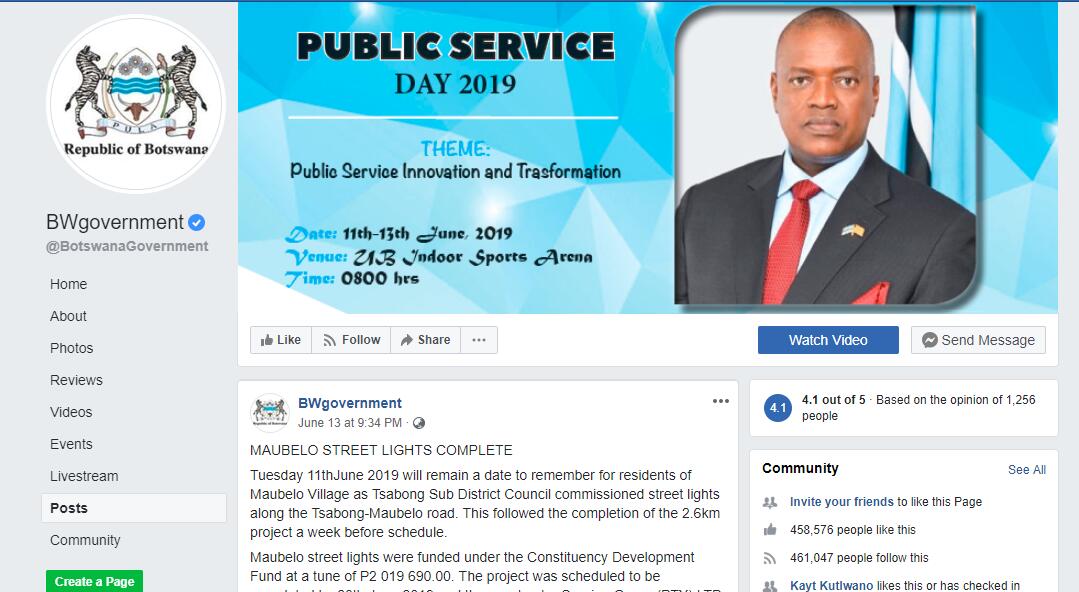 Tuesday 11th June 2019 will remain a date to remember for residents of Maubelo Village as Tsabong Sub District Council commissioned solar street lights along the Tsabong-Maubelo road. This followed the completion of the 2.6km project a week before schedule.

Maubelo solar street lights were funded under the Constituency Development Fund at a tune of P2 019 690.00. The project was scheduled to be completed by 20th June 2019 and the constructor SG (PTY) LTD worked and completed before the envisaged time. The Principal Electrical Engineer II Mr Goleele Bagopi said they were happy to have completed to project within schedule, budget and time. He said they were particularly delighted since the constructor was a young Motswana. Mr Bagopi said it is common talk that the youth do not complete projects allocated to them and the performance of will cancel the vindication and build trust on young entrepreneurs.

“Supported with the solar street light leading manufacturer of ESAVIOR GREEN ENERGY original from China, we are supplying the most innovative and reliable all in one integrated solar street lights.“ Mr Bagopi said.

The Principal Electrical Engineer II explained that the project is divided in two phases. He said Phase 1 covered a distance of 2.6km gives was complete and it gives way to the anticipated Phase 2. He said the street lights were solar powered which saves money and environmentally friendly. He said the lights uses latest solar technology that requires less maintenance.

Mr Bagopi said the project was an answer to the cry by the residents of Maubelo that the darkness in the area created a good environment for criminals and that the solar street lights will go a long way in assisting to keep road users safe especially the pedestrians.